View over the Black Water 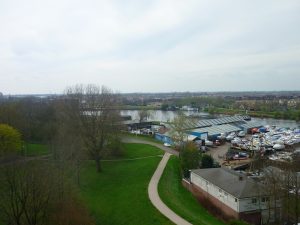 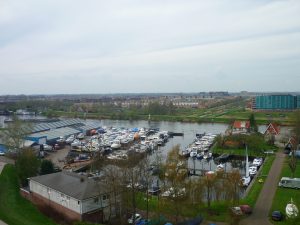 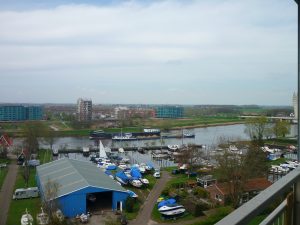 MPD and binding to an address

When running MPD, the Music Player Daemon, you can run into the error

listen: bind to 127.0.0.1:6600 failed: Address already in use (continuing anyway, because at least one address is bound)

Searching in search engines yields many questions, but no answers that I could find. The key issue seems to be in the setting

When running MPD, the Music Player Daemon, you can run into the error listen: bind to 127.0.0.1:6600 failed: Address already in use (continuing anyway, because at least one address is bound) Searching in search engines yields many questions, but no…
Read more...

Lights for the throwaway

Remarkable, but it does exist, light fixtures with lights that are non-replacable. I had no idea it existed, so with a friend I was naive enough to buy a lamp at the Leen Bakker shop. A fixture for the ceiling, with 4 spotslights with a LED inside. Hung it up, and it worked fine.

Half a year later it turns out that one of the lights had died. I go see how to replace it. Usually it is quite simple with Halogen lights, or similar LED-lights for these fixtures. But I just didn’t have a clue how to replace this one, or even what connection it used.

So we went back to the Leen Bakker, and we see on the box that the lights are non-replaceable. The salesman even claimed that those lights would ofcourse make a 100,000 hours. Ofcourse. Such a light has been made in Hungary or wherever, has traveled a 1000 km in the back of a truck, and in every warehouse somebody kicked against it. Ofcourse one of those 4 lights will die within half a year.

I too am happily joining the throwaway society. The cheaper something is, the sooner I can buy something new again. But this is going a bit far. You buy such a light fixture to hang it to the ceiling and forget it. Not to buy a new one every 2 years.

Remarkable, but it does exist, light fixtures with lights that are non-replacable. I had no idea it existed, so with a friend I was naive enough to buy a lamp at the Leen Bakker shop. A fixture for the ceiling,…
Read more...

Books about craftmanship and focus

Matthew B. Crawford has written Shop Class as Soulcraft, about craftmanship in current times. Another book by him that was just published is World Beyond Your Head, which is about distraction and being an individual in the current society.

Sure something to read on a quiet evening.

Matthew B. Crawford has written Shop Class as Soulcraft, about craftmanship in current times. Another book by him that was just published is World Beyond Your Head, which is about distraction and being an individual in the current society. Sure…
Read more...

Gwolle-GB is a nice WordPress plugin for a guestbook. It was unmaintained for a long time however. Recently at my previous job the hosting switched from mysql to mysqli, and the plugin stopped working.

In September 2014 I started to maintain this plugin. A lot of code has been rewritten, and features have been added. The todo-list is now getting shorter, so it seems quite good now.

Gwolle-GB is a nice WordPress plugin for a guestbook. It was unmaintained for a long time however. Recently at my previous job the hosting switched from mysql to mysqli, and the plugin stopped working. In September 2014 I started to…
Read more...

This article has been published in Open Geest, the magazine of Anoiksis, the Dutch Patient Association for people with psychosis suspectibility, in March 2015

Most people who are suspectible to psychosis have at one day been started to receive and use anti-psychotics. Often this happens in the acute phase, when it is important to bring the psychosis and the positive symptoms under control.
Often we keep on using that dosis for a long time.
In recent years there has been more discussion about if anti-psychotics are that good on the long term.
It is a subject which needs a lot of studies and discussion, and it is not a subject to make drastic and impulsive decisions on a personal level.
I would like to share my preliminary experiences in lowering the dosis of my anti-psychotics. I hope people recognize parts of it, or it is somehow usefull to them. Every experience is personal. That counts for psychosis, but also for medication and prognosis.

Start
Since 2005 I am using anti-psychotics. First a few years Seroquel, later Haldol, and now for some years Orap (Pimozide). Haldol and Orap are classic drugs with somewhat the same effect, and they helped me get rid of hearing voices.
It was always a search for balance between effect and side-effect. When using 2 mg of Orap, the voices got stronger. When using 2 ½ mg they disappeared, but I was more tired and feeling more flat. I tried staying inbetween by using 2 ¼ mg. Which meant in practice that one day I used 2 mg and the other day 2 ½ mg.
Somewhere in 2012 however I noticed that I had been using 2 mg for some days (more by accident then on purpose), but that I had not much symptoms. After a while I drew the conclusion that certain things had recovered, and that maybe I could stay on a lower dosis.

Aim
My main aim was to have less side-effects. I experienced flatness of emotions, less sexdrive, trouble concentrating, quickly tired, less energy, less motivation. It all probably sounds familiar :). For me this is clearly linked to the use of anti-psychotics.

Lowering, the first step
In the nest half year, in 2012, I slowly lowered from 2 ¼ mg Orap to 1 mg. It happened with some hurdles. Fetching it from memory tells me it happened by taking every 2 months a ¼ mg from the dosis, and this way I let my body get used to the new dosis in a very structured and controlled way.
In reality it happened a lot more messy. I had times of impatience and lowered with ¾ mg. 2 weeks later I then noticed that I had a lot of voices and didn’t feel well at all. Which made me raise the dosis again. With the result that I had lost time and especially a lot of energy, but it didn’t bring me anything.

Cost and benefit
The benefit that I got from lowering was that I had more energy and more motivation. My chessresults improved, which is a game that depends a lot on concentration and memory.
I also had times with more sexdrive. These things were very noticable the first weeks after lowering, but afterwards it went away.
The cost was that at times I could be really tired. I assume by being more sensitive to everything coming my way. Also I could be very sensitive, for example at work, when during the morning a lot of things came my way. I could become a little bit aggravated then.
There were also weeks that a lot was going on in my head, I would think very fuzzy, and my memory would deteriorate.

Impatience and limits
In 2012 I was wishing for more. I would have liked to lower to like a ½ mg or even 0. In my impatience I have used 0 for a short while. It didn’t work however. I became insecure, was doubting everything and felt bad.
Later I tried using just ½ mg, but that didn’t work either.

Lowering, the second step
The second half of 2013 and the first half of 2014 I felt less comfortable. This was because of other circumstances, but made me stop lowering anymore.
In the summer of 2014 things were much better. I wanted to make new steps, but because of being impatient before I was somewhat concerned. I wanted to do better then last time, and had formed a plan.
At that moment I was using 1 mg Orap (the lowest dosis available). I would every so many weeks change a day to ½ mg (half a pill).
This plan was executed quite sharp. About every 4 weeks I changed a day. Sometimes it was too fast, after 2 weeks. Sometimes it took a little longer because there was unrest.
Often after a new step a lot of things happened. I became very busy in thinking for some weeks. Just suddenly I could feel very tired for a week. Sometimes I became very insecure and started doubting everything. Every time it went and felt different. But after some weeks it stabilized again.

Now and in the future
In October 2014 I was at 5 days of ½ mg, and 2 days of 1 mg. I felt deadly tired for some weeks, burned out and everything in my head was fuzzy. I decided that it would be enough for now, and I would keep on using this dosis for a while. First I wanted things to stabilize and feel my feet stable on the floor again. In the spring I want to see if things are stabilized again.
What the future will bring is still unclear for me. I would prefer living without medication, but if the price is too high, for example by being too sensitive, then I would be perfectly happy with a maintanance dosis, like I have now. It has become more of a theoretical case, like losing those last kilo’s of weight, just because you can. I am already quite happy where I am.

General tips
In general there are things that can support you while lowering your dosis of anti-psychotics. These things can be good in general, even without changing medication.

My experience is that lowering AP can be heavy. It requires you to be able to handle something. If you are not feeling well, or things are unstable, postponing is a good option. When you have been stable and have been feeling well for some time lowering can be an option.

Doctors
Something that I noticed is that doctors are quite concerned when you tell them that you want to lower your anti-psychotics dosis.
Their most important concern is that your positive symptoms stay under control, they want to avoid you falling back into a psychosis. The negative symptoms are also important, but clearly of a second concern.
I can imagine that quite well. I would think they have seen many people quitting medication, en drop back into a psychosis. The idea that lowering AP should happen slow and with a plan is still quite new to many doctors.
For me I had somewhat not-too-close and not-too-distant contact with my psychiatrist during this period. She had confidence in that I could manage it all well. But she was also concerned. About every 3 months we saw each other.
Since recently I am seeing my home physician instead, and he has just decided he wants to see me every month. I appreciate his concern (that is his job anyway), but I can reflect on myself well enough to see when things are going less well, and to make a decision for a higher dosis of anti-spychotics.

Rounding off
I do hope that my experience is valuable to others. Even though I realize that with things like psychosis supectibility, medication, recovery, contact with your doctor, that every person is different in that. What works for me doesn’t necessarily work for everyone.
One of the things that makes it easy for me is dat my symptoms come in slowly. In the course of several weeks my voices accumulate, or my feelings deteriorate. So I have enough time to make changes. Some other people end up suddenly in a psychosis. I can imagine that lowering seems a lot more dangerous then.
I also thing that knowing myself somewhat, and being able to reflect on myself, and also my yearn for self-reliance are a major influence.

This article has been published in Open Geest, the magazine of Anoiksis, the Dutch Patient Association for people with psychosis suspectibility, in March 2015 Most people who are suspectible to psychosis have at one day been started to receive and…
Read more...